A real onsen journey, touring the hot waters of genuine hot springs, direct from the source

Japanese Matsuri (festivals) for local people are intended to offer prayers to Shinto and Buddhist deities, to give thanks to nature and provide enjoyment. 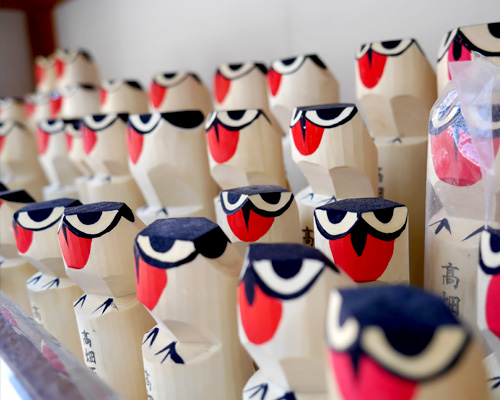 In this festival you can get birds called “Usodori”. They turn everything bad you’ve done this year into a lie. There’s also Tenjin, who’s a god of studying. 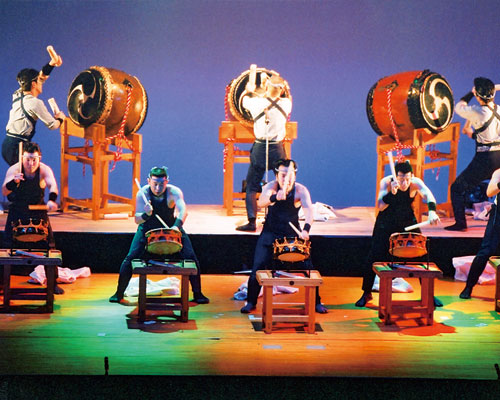 Taiko groups from all over Japan gather and show their competitive performances. One of the best events to see the taiko drum, a traditional Japanese musical instrument. 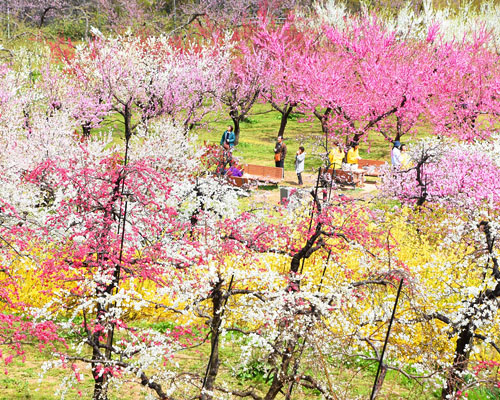 The annual festival is held at Hanamomo-no-Sato when 300 Hana peach (hanamomo) trees, collected from all over the world, are in full bloom. 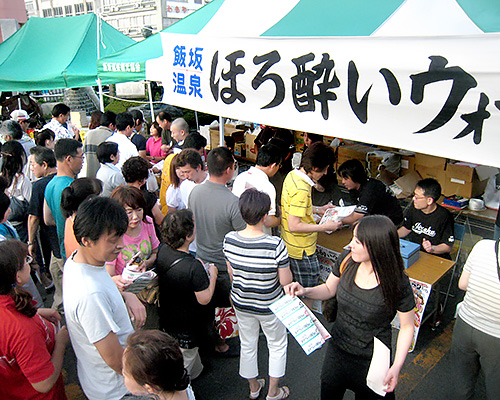 Event buying tickets and drinking 5 shops in Iisaka Onsen area.
You can find hidden shops that you can not go on everyday.
There is a chance that prizes are hit by lottery. 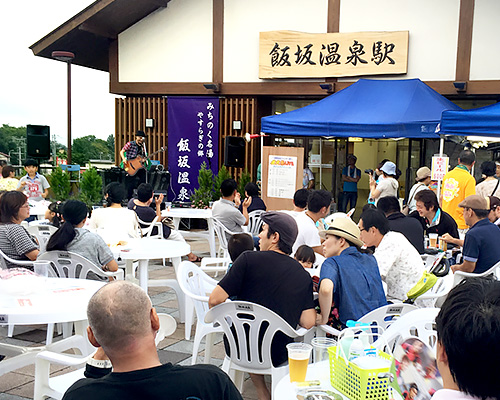 Festival held around the Kyu-Horikiritei.
Several experiential events will be held. “Furin-Eduke” as Draw various pictures on wind chimes.
“MukashiAsobi” as Traditional Japanese children’s game.
On the stage, Iizaka taiko is played and Hula dance show will be held.
Moreover beer garden will be held in the square in front of Iizaka Onsen station. There are a lot of musicians participating, a music festival is held.
Fireworks will be launched from 19:30 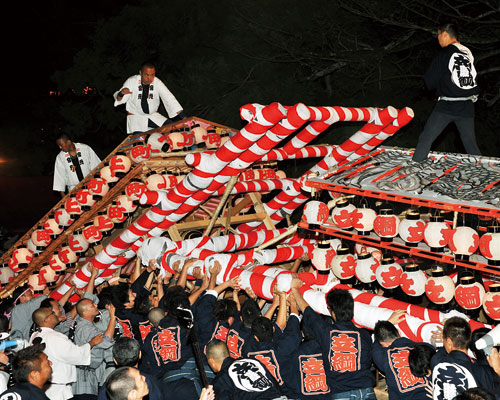 This famous festival has a 300-year history.
Every year, this festival is held on the first Friday, Saturday and Sunday.
On Friday there is a ceremony called “Igyo-shiki”. In the ceremony, the god in the main shrine (Hachiman shrine) is moved to a small shrine.
The highlight of the entire festival is definitely Saturday. On the day, children from 8 districts pull their floats (yatai) and march around the town from morning to evening.In the evening, beautiful yatai decorated with lanterns from 6 districts appear in the town center. Those yatai are carried by men. Inside the yarai are taiko drummers, who drum through the entire festival.
The 6 floats and the small shrine march around the town and at last get to the entrance of the Hachiman shrine. When the yatai get to the entrance, they form pairs and start pushing each other. When the small shrine gets back to the main shrine, this festival ends. In order to stop the small shrine from entering the main one, the 6 yatai try to block the shrine while fighting. Everybody in this town wants to enjoy the festival as long as possible.
The men inside the yatai have to beat the drums continuously because the sound of the drums are thought to be the heartbeat of the festival. If they stop drumming, they are not qualified to continue to attend this festival.
On Sunday, there will be a ritual called “Kouchin-sai (ritual to heal the fatigue of the god)” and a ritual called “Senshuraku Shimaidaiko (drum activity to wrap up the entire festival)”.

Come to Iizaka and experience this super exciting festival!